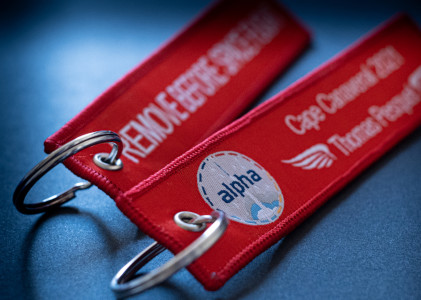 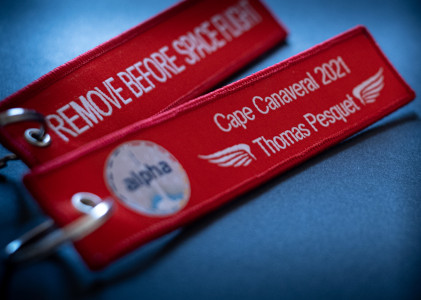 ESA Astronaut Thomas Pesquet is back at the International Space Station (ISS) for a 2nd mission called Alpha.
Thomas is taking a new ride into space and will be the 1st European to leave Earth aboard the SpaceX Crew Dragon spacecraft which will take off from Florida in the United States of America.

The crew of 4 includes NASA astronauts Megan MacArthur and Shane Kimbrough, who was with Thomas on the International Space Station during his first mission called "Proxima", as well as Japanese astronaut Aki Hoshide.

This flame was made using weaving to optimally reproduce the many small details and colors that adorn the alpha logo. It is indeed possible to achieve such a level of detail when choosing to manufacture a woven remove before flight.

Unlike embroidery where each color uses a different thread, with weaving all the personalized elements are integrated directly into the background fabric twill. 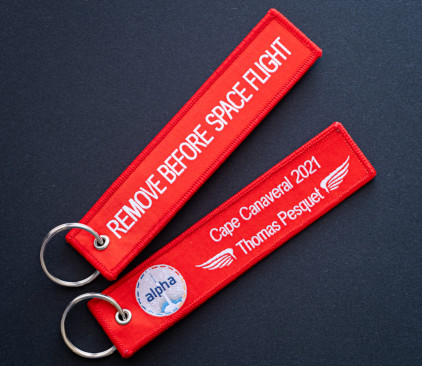